Posted by waffledogefern on 4 December 2021 in English (English).

So for my first edit here I tried making a layout for a small town that I would eventually expand. I made it here, and if you zoom in at 200 meters specifically, it works. Any other zoom, it doesn’t; the town just disappears.

I don’t recall doing anything funny with tags, I just setup some roads and areas and then put the town label on the map using the guide on the old wiki. I used place:village.

Posted by Ilthracna on 30 November 2021 in English (English).

Hello, I have recently came back to using Josm and decided to update to the newest version (18303) and found that the data downloading from OGF and imagery does not work. Though I have added the imagery according to the Wiki article, during download, the layer just shows red crosses. I also followed the wiki about the server connections for data downloading, whenever I download something, the result is an area with no data. I have tested multiple areas of download, and they all result in the same result. Image: 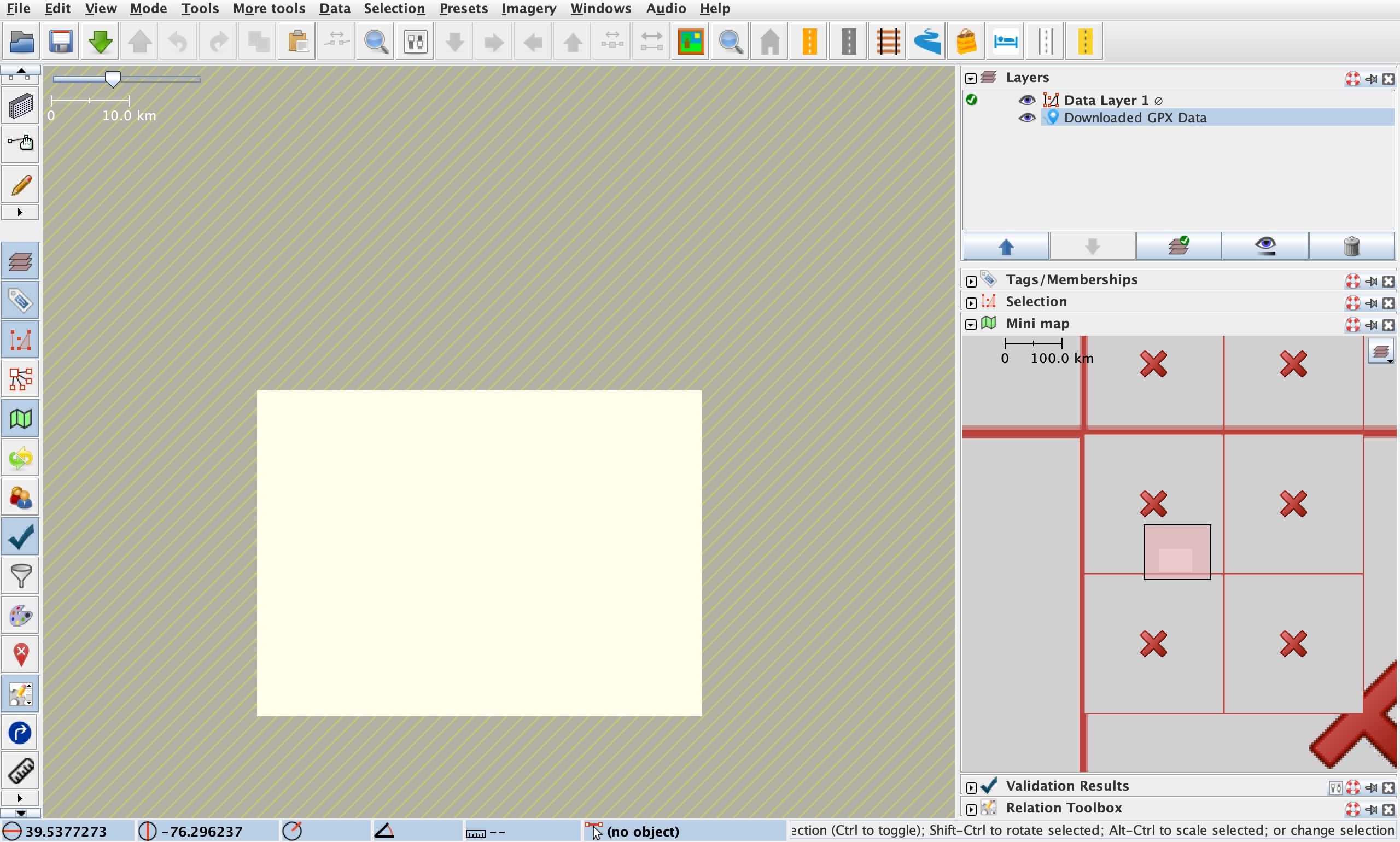 Edit because of image not working originally

I need a break.

Posted by AnimationSky on 26 November 2021 in English (English).

I just wanted to inform you that I need to take a short hiatus from OGF. Times have been really rough around here and I can’t do this regularly anymore. I don’t feel comfortable sharing most of the details, and the story is still developing, but we’re having legal issues right now inside my family, and that along with school has put me under high stress. I don’t know when this will end, but I just know that I need some time and space from everything. I may still be available to contact for the time being, but don’t count on it.

When I download map data on JOSM I can get the background image of the map but it keeps coming up saying “No data in this area” even though there is mapping there?

Posted by Martinawa on 9 November 2021 in Spanish (Español).

I am excited to announce that Castellan is going to launch as a collaborative territory, with the goal of making a new motherland for the Spanish language (Castellanese) in OGF. The discussion about this newborn project will take place on the wiki forums, which you can access, if you haven’t yet, sending a private message to Alessa.

This is the wiki collab page, where you will be able to see a summary of the state of the territory. This is the wiki thread page for the Castellán collab, where you can send doubts, suggestions, or discuss about the relevant topics regarding the country.

I encourage you to participate on this project to make Castellán a remarkable place on the OGF map.

Posted by Luciano on 4 November 2021 in English (English).

A “shibboleth” is a word or name that locals know how to pronounce but that outsiders or visitors don’t know about.

One excellent example of a real-world geographic shibboleth from my personal experience: when I first moved to Philadelphia (I lived there from 1995-1998), I had no idea that when locals said “Skookle” they meant “Schuykill” - as in the Schuyill River and parallel Schuykill Expressway. Another example is more subtle, but important: you can tell the outsiders in the the US Western states by how they pronounce the name of the state of Nevada. Westerners (and, specifically, Nevadans) pronounce the name of their state /nəvædə/, while outsiders (particularly Easterners and Brits) generally pronounce it closer to /nəvɑdə/, or else they make the mistake of assuming it deserves a fully etymological Spanish pronunciation, and render it as /nebada/. It is jarring on US TV shows like the old “CSI Las Vegas” when supposed locals mispronounce their state’s name.

Another interesting shibboleth from my current locale, is the tribal and cultural name Tlingit. This is the most numerous Native American group in Southeast Alaska, and is still a living and dynamic language community, too. When I first came here, I had no idea what people were talking about when they talked about “Klinkit” - turns out everyone (including the natives themselves) pronounce the name of the tribe and language this way. I guess under the influence of English, the /tl/ cluster of the language has evolved to one easier for English speakers: /kl/.

Anyway, the question I have for all of you is: what shibboleths exist in your OGF territory?

Makaska is full of little shibboleths, mostly due to the early exploration and naming by the Franquese, and then subsequent mispronunciation of those Franquese names by the Ingerish-speaking later settlers. This is meant to parallel the US West and Midwest, which is full of such “bad French” place names: Des Moines (“Duh Moin”!), Boise (“Boizy”!), etc.

Some important shibboleths in Metro Ohunkagan (map) include the following:

Since downloading the latest release of JOSM (18303), it returns bug warnings and does not load a number of plug-ins that are actually fairly useful. I have filed a bugreport to the compilers, but was wondering if anybody else had similar experiences.

Is it worthwhile reverting to an earlier release of JOSM?

Posted by Luciano on 4 November 2021 in English (English).

We had unexpected longer downtime last night and this morning.

The render server had some problem (not really clear what went wrong), and needed to be restored from backup (not part of the plan), and then the ogf-carto render was reset (which had been the plan).

Just want to say thank you to the community for your patience.

Those who have been struggling with “render ghosts” - I think they are all fixed now. You can see one really good example here: 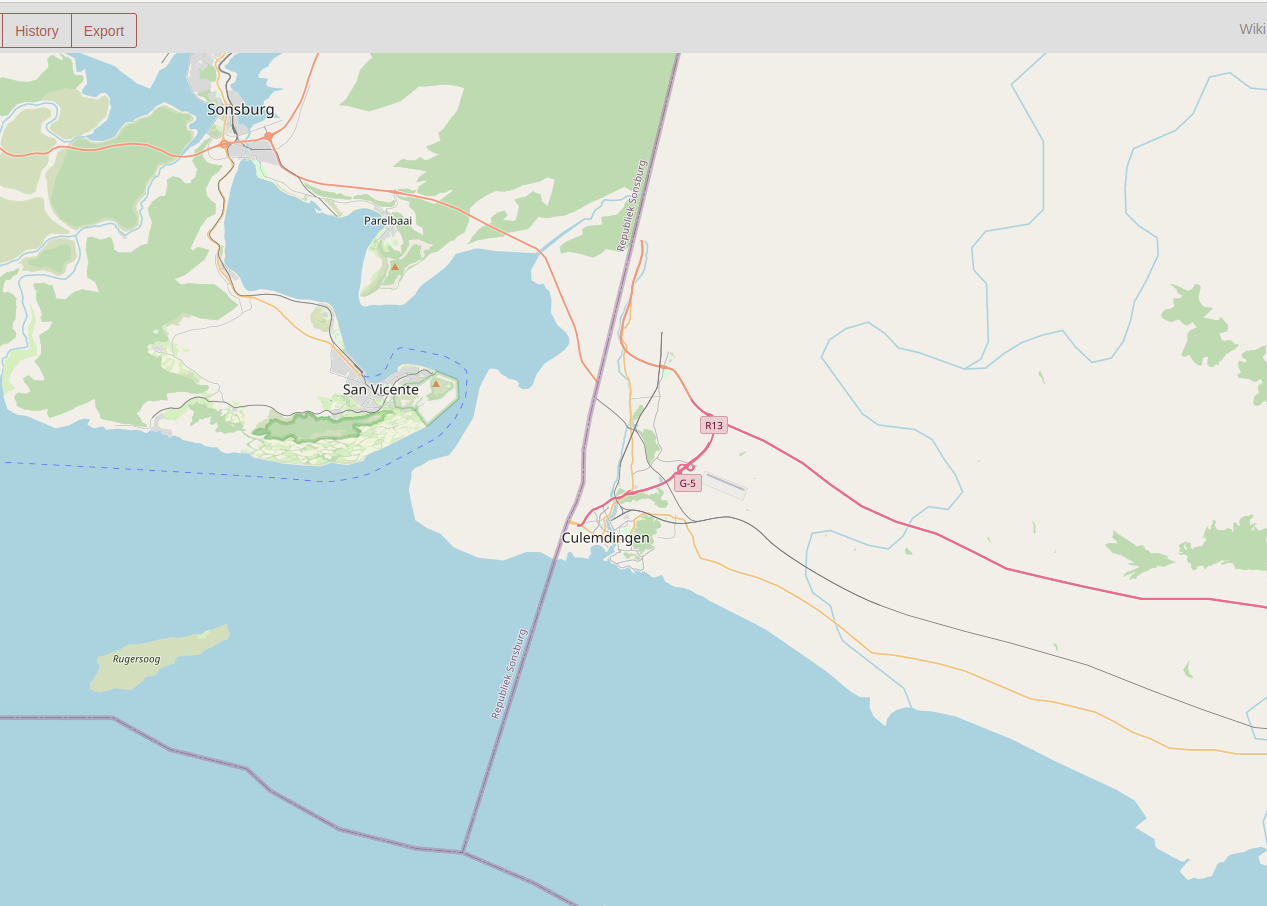 For comparison, the ogf-topo render still has the ghosts (yes, topo needs maintenance work, I know!): 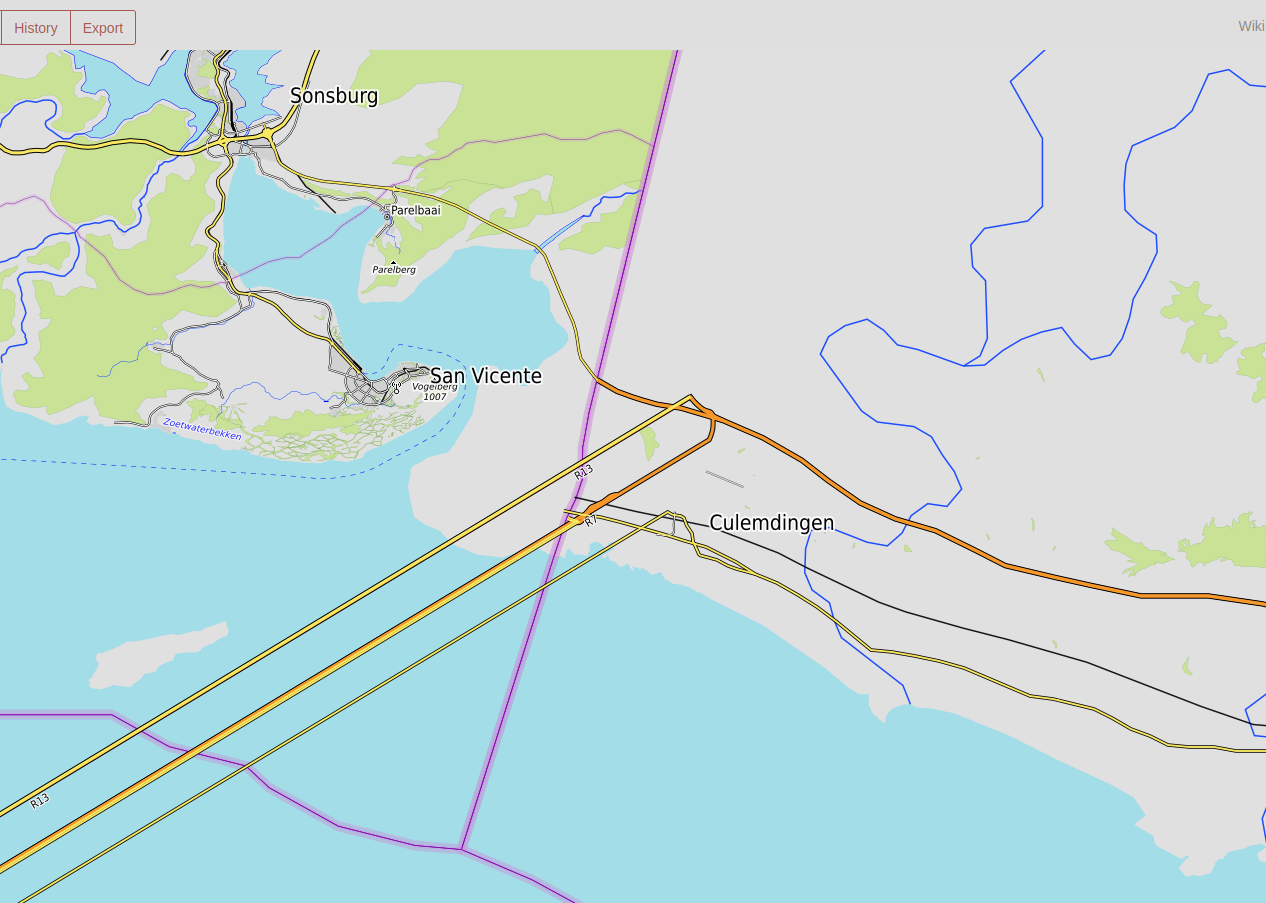 UPDATE: by the way, Happy mapping!

Hello all! I was wondering what admin level a city district would be? Examples would be like Naka Ward in Yokohama.

Posted by indyroads on 29 October 2021 in English (English).

I have noticed that since migration the minimap viewer in JOSM is no longer displaying the slippy map. it just shows the tile placeholders instead. I am wondering if I just have an incorrect setting in the preferences. Any help would be appreciated.

Hello everyone. I remember seeing somewhere a while ago that you could make mountains with tinfoil and then use some plugin to put it on JOSM, in order to make the mountain in OGF. Could someone explain how to do that?

Failed on Downloading Data in JOSM

I’m trying to start editing through JOSM, but it always fails to download the data…

Do you guys have any idea where the problem is, and how should I solve it？Thanks.

Dear members of the OGF:

After several years as a member of this site I am now departing from a full time role as a member as I now focus on real life work as a baseball player, preparing to train harder to play in Major League Baseball in the United States of America

I am thankful to all of you whose work inspired me to be better in mapping and whose experiences are now inspiring me on my real life activities.

To all, thanks for letting me be a full time part of this site. I hope for the best for OGF for the years to come.

After some discussion among the admin team, we have decided to set up “regularly scheduled maintenance” for the OGF website.

Every Thursday, 4 AM - 6 AM UTC, the server will be unavailable for edits. It might be available for surfing the map or reading diaries or such, but no guarantees.

We will use this time to troubleshoot issues, make sure the server is healthy, and do a weekly reboot to clear out any memory leak problems.

I’m sure there will be users for whom this schedule is inconvenient. I’m sorry - we have a wide distribution of users in many, many time zones, and so it was bound to be inconvenient for some of you.

All territory requests must be approved by the admin team before editing, and we require that mappers have an established multi-day edit history before having a territory assigned. We also recommend including some basic plans for the territory as part of the request. More information on our territory assignment procedures are available here.

As a reminder, there are also plenty of collaborative projects for mappers to participate in instead of (or while waiting for) a dedicated territory of their own.

Hi all, I have started mapping a bit again after a hiatus. Due to my inactivity “my” country has been re-assigned, but no worries I am happy to start from scratch!

I’ve started creating a couple of towns in this area, one along an existing highway I extended a bit, and one connected to the first town only by rail.

My goal eventually is to have a country or region that is entirely car-free. If someone shares that goal I am happy to collaborate on it.

I am detecting problems with the uploads of changesets. Changeset 1139474 is to do with the relocation of the Utterland city of Galmosen to the east by 13 km. As can be seen on the map, there is a section of railway at a crazy angle, which is NOT shown as such on JOSM. Changeset 1134839 contains the deletion of several primary roads and railways in Utterland, which (again) are not shown as deleted on the map. Today, I discovered that changeset 1134798, uploaded by bhj867 served to delete parts of a river that forms the border between Isztianorszag and Utterland, following the deletion of a very large multipolygon of landuse=forest that stretched from Utterland to Pretany. bhj867 has informed me that he did not download data from Utterland. Does anyone else have similar glitches, and could this be looked into. Thanks.

Posted by amicharski on 6 October 2021 in English (English).

Since the transition, the slippy map on JOSM (for selecting an area for download) merely shows a grid with red lines, big red crosses and a selection rectangle. It is possible of course to select your area for editing from OGF, so it’s not a deal-breaker.

To the OGF Community: Thank you

Posted by Luciano on 1 October 2021 in English (English).

We had some problems last night and today with “certbot” - a tool we use on the server to make sure the OGF webpages are secure (“https”). And that also caused problems with our automated emailing from the server, which supports functions like new user sign up, lost password recovery, and replication monitoring (making sure data goes over to the render and to overpass correctly).

I’m sorry I had to shut down the server without much advance notice - I was worried the problem was worse than it was, and so I was trying to solve it quickly.

Thank you to everyone for your patience!

Also, we have reached the $200 / month level with donations supporting our rental fees for our servers. So thank you to all who have been donating.