The reimagined, rebooted Deodeca project is now available for mapping. The new Dominion of Deodeca is intended to be an English-language state-based project that is meant to be something of a counterbalance to the American-inspired Federal States of Archanta to the east, a nation comprised of Commonwealth-inspired former colonies that remained loyal to the Crown when the FSA initially declared independence.

Deodeca is not intended to be the “OGF version” of any real-world nation, although Canadian and Australian influences are anticipated. 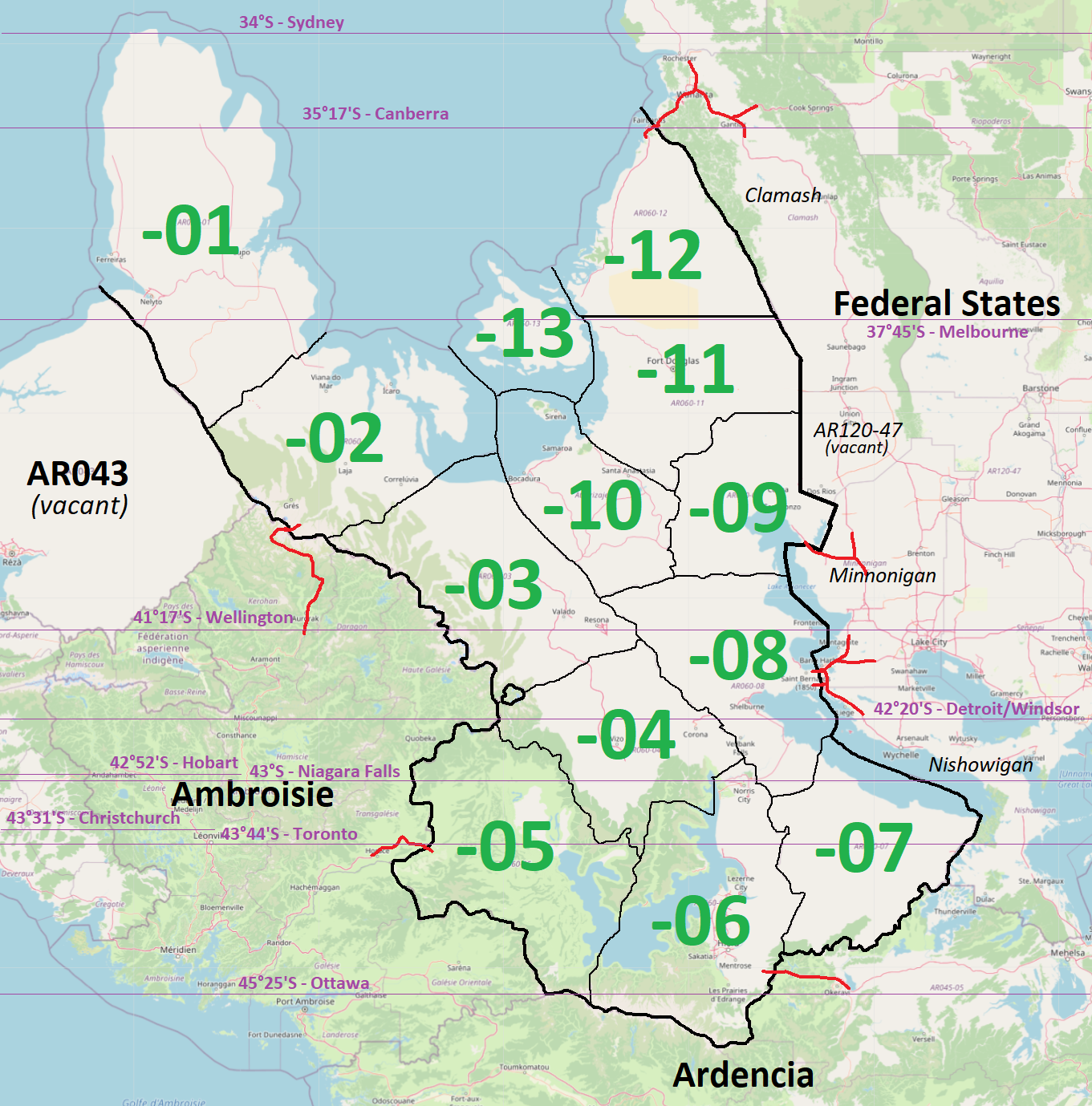 If you are interested in participating in the project or have any questions about requesting a territory, please let me know.

Deodeca is one of several state-based collaborative projects in South Archanta, including Ardencia and the Federal States. All three projects have several vacancies and ways for interested mappers to get involved.