After one and a half centuries of growth and prosperity the Great Eastern and Stanton Folkstone Railway headquartered in Stanton (Central Av.) had to declare bankruptcy this week.

To make matters worse several hundred kilometers of rails have been stolen during operation.

We will always remember their powerful orange locomotives, the great sound, the reliable service and the outstanding haulage capacity. 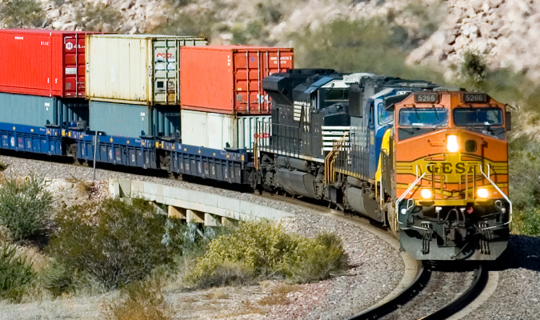 Just because some rails in Massodeya City were moved around to fit the city plan better, this is how you respond? Very ridiculous. Besides, it's not as if you're the sole "owner" of GESF, I'm sure the FSA community will take it back since you are unwilling to work on it anymore.

I agree with you mstr that the state of national rail is poor. I would love to and wouldn't mind going through all the rail in the country and straightening it and evening the curves to make it map-grade. However, current leadership has told me I am not allowed to do this, and that I should leave it to state owners.

It appears that the rails may never be able to be good quality if this is the stance of leadership.

The state of FSA rail is one that is in flux, hence it is "poor." But, the comments made herein are not productive for the community and not conducive for the betterment of the map. Are there legitimate concerns? Absolutely. Are mistakes likely being made? Sure. Can we discuss them civilly and with politeness? Apparently not.

The issue I have isn't the raising of legitimate concerns, of which there are plenty. No, I'm tired of the passive-aggressive, often behind-the-scenes nonsense. This includes, but is not limited to, a belief that some people don't care when they are simply learning; snide, underhanded and not-fully-contextualized remarks about "leadership;" a cavalier desire to play "railroad tycoon" at the expense of state boundaries and without regard for how it might impact users or the region; a my-way-or-the-highway mentality; a desire to run roughshod over other users and not help in the learning process; and a lack of willingness to address grievances in a polite and proper way.

Let's please try to keep things a bit more polite and professional and keep in mind the context that this national rail program is a work-in-progress.

The Government of the Federal States has been receiving many complaints about a place called Ann'harbor, saying that this place should not have 'one airport, forget two', and if such a place can have airports, so should small towns in the mountains or lonely villages on the shores of the Lakes. To add on, they say that an empty place should not be served by three motorways, and instead the motorways could be utilized in a much better way.

You may reply with something similar to 'it's a rough draft', but, I got to say, so are these rails. Do you think that the coordinators of 31 made the railways on these maps final? I believe not, since most of the 'things' in 31 are rough. This is because they are preparing to open 31 for everyone. They are not expected to do all of the work; they are expected to supervise the area.

I agree with yoyo; your user diary is ridiculous. The point for the user diaries' existence is for mappers to ask for help, or to showcase something— not to embarrass others.

If you are still not satisfied, please privately message the coordinators instead of calling them out just to shame them.

iiEarth, that is a completely uncalled for comment and it dismisses the legitimate concerns Mstr had. You should be ashamed.

As a coordinator of -31 (I didn't draw that rail though) I don't even feel shamed or embarrassed looking at this diary. In fact, thank you mstr for bringing extra attention to the -31 project.

I think everyone who has had a point to make has made it now, so let’s start focusing on productive ways to resolve the issues instead of continuing to take potshots at each other. I’m working on a draft rail proposal that will be released for discussion and consideration in a day or two, and I ask for your patience (and maturity) in the meantime.

Well - in one point Mstr is right: To draw rails in a rought draft may be a first step of mapping, but nevertheless it is not many more work to set - let us say - five nodes for a softer curve as only one for this zig-zag-line. Yes - The first mapper has the pleasure to set the line with its few nodes and later mappers then may do the work to smooth the curves. That I think is a very egoistic sight of the things.