I've been working on a new version of the coat of arms for Reeland. This is what the old one looks like:

Now that I have more experience and knowledge about heraldry, I came up with two more realistic ones. The only difference is the crown. 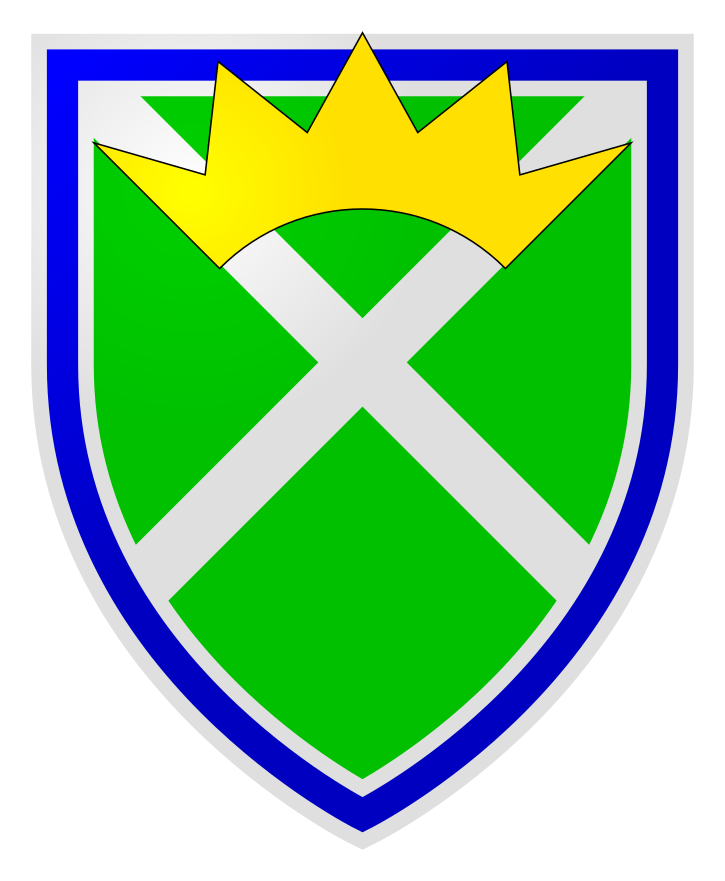 So what do you think, are they good? Should I keep the crown or not?

I would either forget the crown or reduce it in size so that it fits within the top quarter. You wouldn't normally have a charge spreading over a bordure.

I would also darken the green a bit, for better contrast. 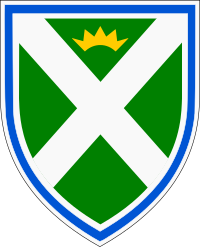 I forgot to answer your first question: Yes, the new ones are much better than the old one! :-)

I think actually having the green as bright in the original is a great idea. And yes the crown should definitely be in the triangle without cross any borders.

As for the colours, I looked at Wikipedia for Dutch and German heraldry, and they precisely used these colours (in hexadecimal RGB):

(note: Or and Argent have some gradients in brightness because... well, they're metals)

As for the crown, I have two new ideas, on which I would like to get feedback as well

You cite the colours Wikipedia chose to use in their example shields, but they are not mandatory (in fact, other examples in the same Wikipedia articles use slightly different colours - e.g. the red in the arms of Amsterdam is #DB0000). As Wikipedia explains here, it is up to the artist to choose the precise hue and shade he/she wants to use. Personally, I think a slightly darker green works better in your Reeland arms, but there is no right or wrong answer (as long as it is green!).

Placing the crown above the shield as an indication of sovereignty makes sense. It used to seem odd to me that a republic would use a crown, but quite a few do, especially since the fall of Communism in Europe, e.g. Russia, Bulgaria, Romania, San Marino.

The simple spiked crown (or "eastern crown") is fairly unusual as a national symbol, compared to crowns with leaves, fleurs-de-lys, crosses etc. Something uniquely Reelandian would be nice.

Actually, I used a darker green in the old one, but I thought it was not "allowed".

My reason for the crown was that perhaps the old Ree island was a monarchy and that Reeland inherited the same coat of arms. But your idea about sovereignty makes even more sense, since I imagined the Ree island as a republic.

For now, I don't imagine Reeland to have ever been Marxist, but it always had leftist tendencies, just not as extreme (similar to modern–day Sweden/Norway/Iceland).

Something uniquely Reelandian would be nice.

I agree, but I am quite bad at designing things in detail. However I am acquainted with Inkscape, so perhaps I could make up something.

If it's not a hassle, PM me some ideas.