Posted by Halvarda on 7 June 2020 in English (English)

After reflecting on some of your suggestions and constructive criticism, I've redone my topoguide map of AR053. Most changes were made in and around the bay. I made sure that the ancient fault lines were more visible. 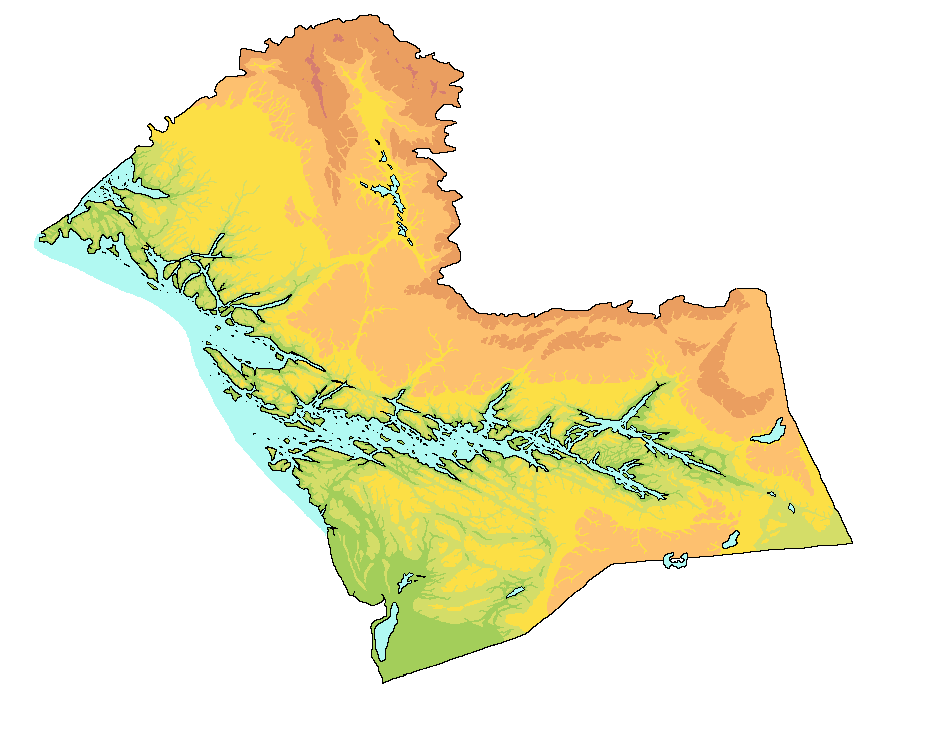 Have you given any thought to actually creating / using the OGF Topo layer?

A guide to creating contours for the OGF Topo layer is here:

Nay, I had no idea this was a thing. I mean, I've seen the Topo layer, but I've never considered making my own. I probably, subconsciously, just dismissed it as something I wouldn't have the patience to do. And yeah, it does look like a lot of work. I'm overtaken with mild dread just whilst looking at that wiki screenshot lol.

Geomorphologically, this looks great, actually reflecting canyons and the small transverse faults where rivers squeeze. Anyway, if you are making this from vector software you already have a nice base to work on and develop a Topo map. You look to have the skill to develop it, and as a long-term project could be a great idea. You don't need to go full detail at first, just lay a base and start learning both the way the software deals with it and how do you elegant to go for further details.

Very nice indeed! Love it. Don't make the coastlines too 'bumpy' though - rather very fractalised or not so much.

@Ūdilugbulgidħū Are you referring to how bumpy they are on the mini map here, or how bumpy I'm making them on OGF? I'm too sure what you mean by bumpy. Is this bumpy? What about Scotland? It's like the most bumpy country out there. :D

I mean (I should have specified) in reference to your fjords or sea lochs, rather than the whole coastline. Should these really be bumpy? The coast is the interface between sea and rock/sediment. What you've been mapping on the topo is the development of landform mostly dictated by erosion and responsive to a series of faults, yes? To get into some detail about how those faults have developed, we need to go back in time - only a few thousand years (accepting that historic time in OGF ran in the same was as RW time ran...). Basically, we need some ice.

There is probably an equation that links volume of ice in an ice cap to the smoothness of the sides of a glacial valley. In your examples there - the North coast and the Moray coast are not glacially eroded coastlines - perhaps they are something like your coastline west of Epulekulepeulejupekituti (nice word). Loch Linnhe is maybe the better replica for most of your fault related features, since it's a classic glacially-eroded faultline. Yes, I admit that there are parts of the coastline even there that are quite bumpy (I think the bumpier bits are related to granites, the smoother bits are on metamorphic rock). I guess if you made your whole country granite, it could indeed be bumpy all over. But perhaps that has implications for agriculture... and fault lines.

Anyway, to meander back, I think what I'm saying is: contrast is good; super-fratalisation is good. But wavy/bumpy coastiines (although easier to map) are not found all over, only under specific conditions. For the fjords, some quite straight sections are acceptable and probably would help the overall feel. Its really just a minor criticism because the rest of it is so good!

@Ūdilugbulgidħū I think I see what you mean now. The coasts I'm drawing at the moment are far from final. It's just easier for me to draw them roughly at first, and then re-do them later to fit the rest of the landscape/area more.