Change of the shape of San Marcos

Before I moved from Commonia to my current territory, I used to name my territory "San Marcos". When I arrived to Antarephia, I decided to continue to name my country "San Marcos", and I placed my old mapping in the north making a region with the name of "Old San Marcos".

This region has always theoretically been composed by 4 (5?) provinces:

Even if I tried to think about how to make it fit with the area, I wasn't able to. So I've had this idea to fix it:

In addition, another reason to do this change is the fact that San Marcos has 2 kinds of horns that I don't really like, so one of them would be fixed.

What do you think about it? Do you have any ideas to improve it?

Moreover, I know that this is a drastic change of the shape of San Marcos, and I think that I should ask the admins beforehand. Am I able to do it?

Strait between San Marcos and Brasonia

This strait is full of international ferry lines of more than 10 000km: In OSM, only regular ferry lines are used (take a look for example to the Strait of Gibraltar): 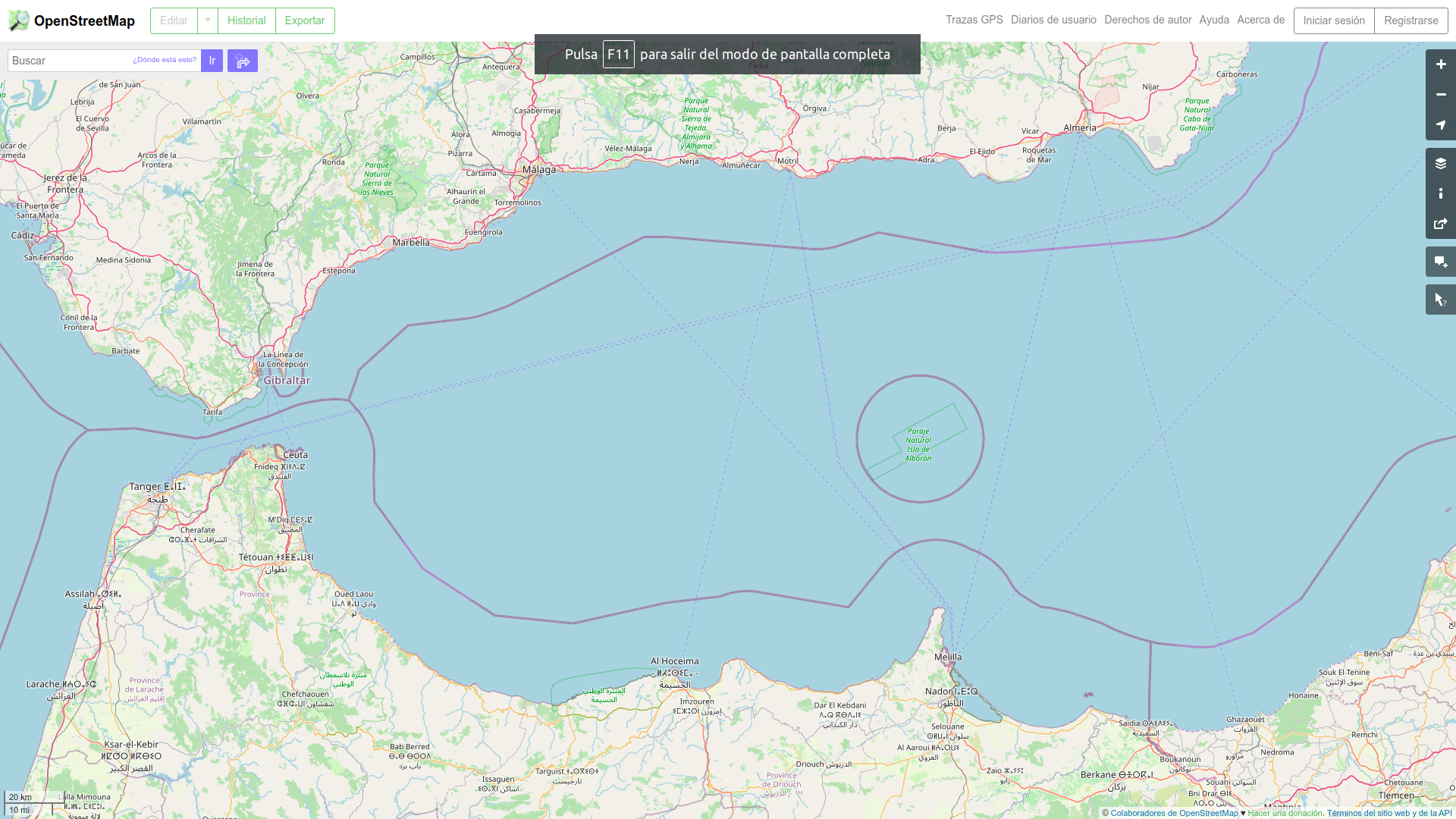 I want to ask to delete all those shiping lines and keep the shorter ones that connect places in this area, to make it clearer.

Map of languages in the Wiki

Somedays ago, i saw the map of languages in the Wiki. Honestly, I didn't like it because it used points and it was very unaccurate. I had the idea of doing the same thing, but with relations.

It has been difficult because I had to see country by country which language people use there, extract the points of the relations and put it into the map.

Furthermore, I realized that there is a very common mistake in a lot of countries: mixing languages randomly. In my opinion, it's not realistic at all. For example, I saw countries in which there are arabic, hebrew and chinese script in the same city. I think that we should follow the quote "a nation, a country", or as least, "a country, a language".

This is the reason why I didn't add some countries to the map, cause I couldn't determinate which is the main language of the country.

However, it's a fact that there are countries where people speak several languages. That happens in the real life. So I recommend you to delimitate the border between those languagues.

That's only my advice. You are not forced to follow it, but I ask you guys to think about it.

There are a lot of countries in which I didn't put the language because I didn't have time enough, so I ask you to add them.

In addition, I'm using the same colours that were used before, and I added the colour Black to rare languages that are spoken in very few countries.

I think that most of you have noticed that there are two countries in the world whose names and capitals are "Ascot".

Shouldn't it get fixed?

Coats of arms and flags

I'm creating coat of arms and flags for European style countries. You can see all my works in the wikipage of San Marcos and El Ajenjo, as well as the national coa of Allendea and Castellán.

I have already got my own country (San Marcos), and I'd like to propose you all a proyect. I have already asked nother user to make this proyect with me, but he's very bussy, so I decided to post it in the user diaries.

I'd like to create a situation like actual Macedonia. A country and a region of another country (San Marcos) that have the same origin, and I think that it would be nice if the language could be a little different, not English, Spanish or other very used languages.

Why are they divided? Well, the history is like Carolingian Empire. It was a kingdom, and there was a king who divided it between his 2 children, and one of these parts became a part of San Marcos.

The flag are exactly the same, but the background changes, like in real Macedonia.

A little sketch of my idea. https://imgur.com/a/qveTl17

In adittion, the names of cities and villages of my part of Barte (this name is not deffinitive) would have an origin in the language of South Barte. For example, you can see that in my real region, Andalusia. Here, hardly every name of villages and cities have an arabic origin. An example is my village, Canillas de Aceituno, where Aceituno is an addaptation of the arabic word زيتوني /zaytuni/, meaning olive.

What do you think?

It would be nice if one of you could help me doing this proyect.

I have a new territory, and I'm moving old San Marcos to the new country.

The problem is that there are a lot of conflicts, and I have expended 2 hours and it looks like it will never finish

I'm creating a union whose name is Lyc Union between Antarephia and Tarephia . This union is supposed to be like an European Union. There will be free borders, a parliament... All territories near to this place of the world are welcome to join it. Also autonomous and overseas regions.

Are you interested in joining to it? Send me a message

Posted by sude on 1 December 2018 in English (English)

I have made a little region in this Commonia called San Marcos, inside of Tintaille region.

Well, Tintaille is not a great region, and there are hardly any cities, so I ask you all to help me creating cities around San Marcos.

I have created San Marcos with the idea of making a "little special region" in Commonia, where the taxes might be lower, there are different laws... You know, like a special region in countries like China (Hong Kong and Macao) and Sweden (Äland islands).

Thank you to everybody if you help me

(Sorry if I have made mistakes, I'm already learing English!)